Goal Sport Technology has released a video refereeing system for Hartwall Arena. The wireless Video Goal Judge system operated via tablets is the first of its kind in the KHL.

The Hartwall Arena is a large, multifunctional indoor arena with 14,000 seats located in Helsinki, Finland, which is also one of the host venues in the KHL - Kontinental Hockey League as the home of Jokerit Hockey Club and Jokerit ice hockey team. For this project, Goal Sport Technology installed Video judge technology under KHL rules, which required an instant replay software solution able to control 16 in-sync live camera inputs. The system is operated by Goal Sport's Video Judge Software which counts on 3 additional tablets

This system ingests inputs from 16 cameras that are dedicated to video officiating operations. All streams have Full HD resolution and run on 50 fps, so can serve the video officials with high-quality images for reviewing. Such specifications are critical in game situations where zooming, slow motion, and frame-by-frame features are required.

A challenging factor in this project was the synchronisation of all live inputs. With proprietary synchronisation technology, the streams in Hartwall’s system are in-sync on single frame accuracy, even after days of recording!

The standards of KHL require the accurate position and fine focus of goal cameras, even though the aerial cameras are positioned on the ceiling structure about 20m above the ice, therefore needing special cameras with high optical performance. Goal Sport’s technical team were on site to install the cameras and their calibration, while the system is verified by KHL delegates before every game.

Overall, the GS team had to prepare all the areas where the system will be operated, which consisted of a Video Referee Control Room, Video Referee Review Area and the coaches’ area

The connection of the different areas was done via optical fiber cabling. It was facilitated by the current structure of cabling and screens powered by DarePro. For every area which has wireless connection, an access point of high-speed wifi within a 30m radius was especially set up. All of these access points have seamless communication and no delay.

Additionally, a remote client was implemented as it is a standard requirement of KHL, ensuring that the league has direct access to the streams at its central control centre in Moscow. 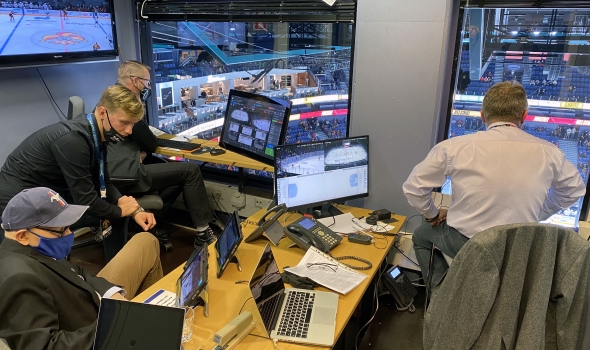 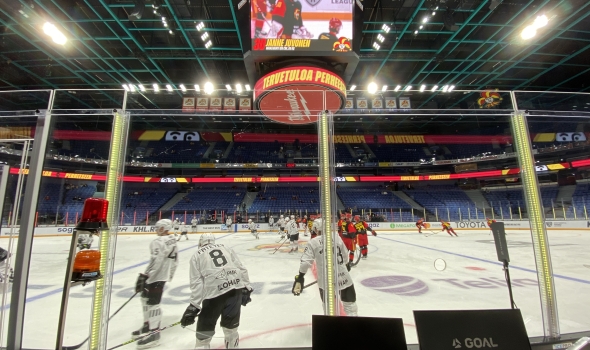